2017. 06
​
​The objective of this project is to design a hand tool with various components. The hand tool is based on the use of a blade with given shape (cannot change the shape). The functionality, cost, and the appeal of the product will be considered. This is a team project with a group of 2.

​The blade has a triangle shape with one sharp edge. It also has a circular hole that can be held in place by the componets of the tool (as shown below).

The final design will be modeled in CAD and printed out through 3D printer. All sketches and CAD model will be provided below.
​-Function: This product is designed to be used as a normal hobby knife for plastic models and small DIY handcrafts. The blade is inserted inside of the tip of the knife with a small pin going through the hole at its center to hold it in place when using. Its head is flatened for operating in small pieces.

-Appeal: It looks like a normal hobby knife that people usually buy. 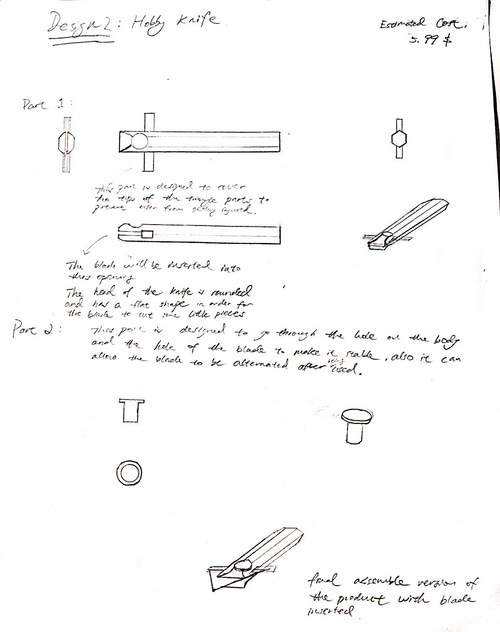 Based on function, appeal, and cost, design 2 was selected to be the final design.
Due to the small size of the sharp part of blade, the knife is mainly used to cut small pieces in plastic models, paper, and some small DIY handcrafts. 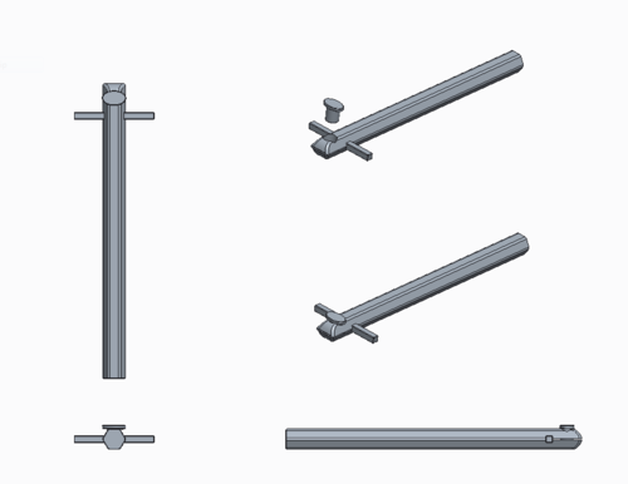 The shape of the body is designed to be hexagon shape in order for users to grab it easily, and to have a smooth and comfortable feeling in hands. The idea of the shape is inspired by the shape of the pencils. The front side of the body is smoothened in order to create a closer and smoother touch to the parts that will be cut, it also reduces the limitation of size that the knife can fit into the parts. All the edges are rounded to make the use more comfortable and safer.


There is an opening at the tip of the body for the blade to fit in. When the blade fits in, a pin is needed to go through the hole on the body and the hole of the blade, so that the blade will be held in place. This stablizes the movement when operating. And when the blade needs to be replaced, users can simply remove the pin on and pull the blade out of the gap.


Since the shape of the blade is fixed with two sharp edges left outside, and considering the safety of the users not being cut by the edges, there are two sticks added on left and right side of the body to create as barriers between the blade and users' hands.


There are some problems in this design such as: the gap is a bit small so that the blade is too tight to be removed; there is a small gap between the sticks and the blade, which might give the blade a possibility to move when cutting.


This design can also be improved in several ways such as:
(1) The tip of the body can be shaped like the blade so that the whole blade can be hidden inside of the body with only the sharp tip left outside. This increases the design's safty level and the simplicity as well.
(2) The problems addressed above can also be solved to make the design better. 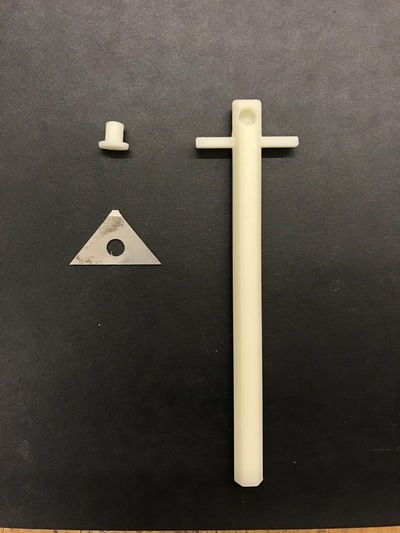 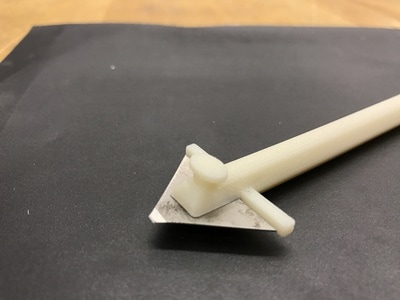 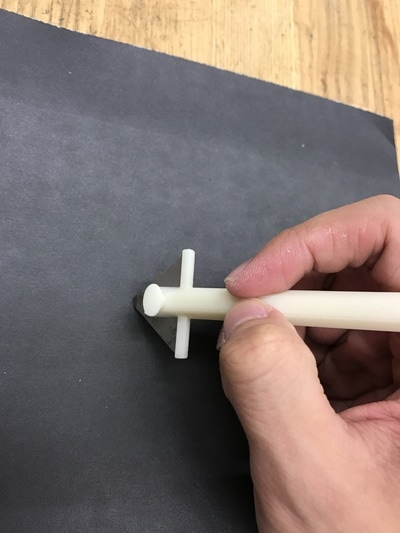